This year at the CPS annual meetings, the first "Best Paper Award" was announced for research published in Canadian Studies in Population.  This year's award was given to the best article published between March 2020 and March 2022.   Papers are evaluated for their overall contribution to population science and research, including methodological and theoretical innovation, as well as applicability to policies and social problems. 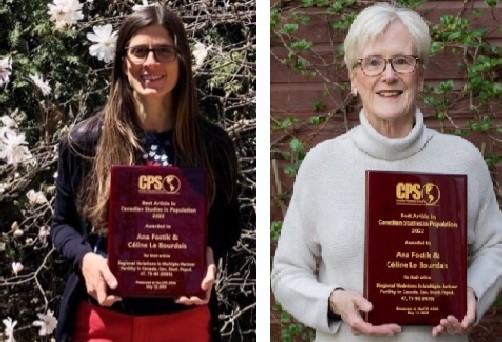